'The Immortal Life of Henrietta Lacks' by Rebecca Skloot Discussion 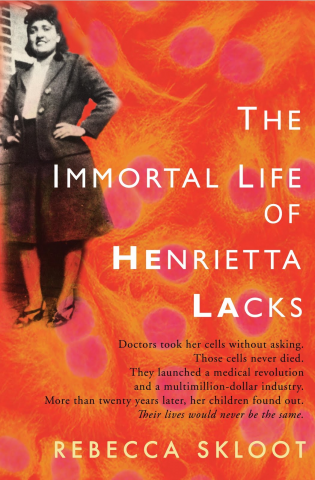 A special event presented by the RCPath Book Club of the Royal College of Pathologists will feature a discussion with Henrietta Lacks’ grandchildren, Jeri and David.  The discussion will focus on the life and contributions of Henrietta Lacks and the HeLa cells that have led to so many scientific advancements, as well as the issues surrounding ethics, consent, scientific racism and inequalities. You don’t need to have read the book to take part. The event will take place via Zoom webinar and is open to all. Find out more and register for free at www.rcpath.org/bookclub.

Her name was Henrietta Lacks, but scientists know her as HeLa. She was a poor black tobacco farmer, terminally ill with cervical cancer, whose cells — taken without her knowledge in 1951 — became one of the most important tools in medicine, vital for developing the polio vaccine, cloning, gene mapping, in vitro fertilization and more. Henrietta’s cells have been bought and sold by the billions, yet she remains virtually unknown.

'The Immortal Life of Henrietta Lacks' by Rebecca Skloot Discussion