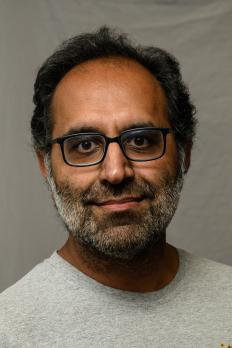 Our group is interested in constructing new proteins for applications in biomedical research, nanotechnology and as tools for understanding how proteins fold and evolve. Significant progress has been made in the last decade using sophisticated computer programs to design proteins with novel folds and functions. We maintain and develop software for protein design, structure prediction and docking of protein-ligand complexes. Several design projects our group pursues include the computational design of an extracellular matrix, thermostabilization of peptide therapeutics with D-amino acids and prediction of allergenicity of food proteins.

The extracellular matrix (ECM) is a complex network of collagens, laminins, fibronectins and proteoglycans that provides a surface upon which cells can adhere, differentiate and proliferate. Defects in the ECM are the underlying cause of a wide spectrum of diseases. The ECM mediates endothelial cell polarity and under normal conditions can suppress pre-oncogenic transitions to a neoplastic state. We are constructing artificial, de novo collagen-based matrices using a hierarchic computational approach. These matrices are physically characterized in the laboratory and used to probe the role of chemical and spatial organization in the ECM on the tumor forming potential of adhered cells.

Peptides are an emergent and important class of therapeutics with over forty compounds on the market and nearly 700 more in clinical or pre-clinical trials. During the development of peptide drugs, D-enantiomers of amino acids are frequently incorporated to improve pharmacokinetic and pharmacodynamic properties by lowering susceptibility to proteolysis. Typically, such modifications are introduced in lead compounds by trial-and-error or combinatorial approaches. Our laboratory is developing software to simulate the impact of non-natural amino acids on structure and stability. Using fundamental principles of protein design, we will pursue the computational, structure-based development of peptides with variable chirality, broadly extending our capacity to create safe and potent therapeutics.

A crucial and unanswered question in the field of food allergy research is why certain proteins elicit an IgE mediated immune response, while others are tolerated. One compelling hypothesis is that non-allergens are more digestible, resulting in sufficient protein degradation in the stomach and intestine to render the remaining fragments immunologically inert. Despite efforts to contrast the proteolytic stability of allergens and non-allergens, a clear link between digestibility and allergenicity has yet to be established. Confounding variables such as interactions with other components in the food matrix, cross-reactivity with other allergens, or the pathway of sensitization (e.g. alimentary canal versus respiratory tract) complicate the interpretation of experimental outcomes. We are developing a highly defined system for exploring the relationship between digestibility and allergenicity. We hypothesize that the digestibility of a protein is dependent on its stability under acidic (pH less than 3.0) conditions. Using shrimp tropomyosin as a model system, we will computationally design acid sensitive variants that are rapidly proteolyzed in gastric fluid. These mutants will provide optimal reagents for comparative studies relating pH-stability to digestibility and eventually to allergenicity.