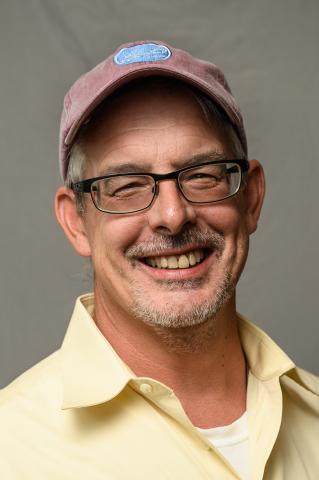 Autism is defined by common abnormalities such as limited sociability and repetitive behaviors and interests; yet the disorder is characterized by a vast amount of individual clinical and genetic heterogeneity. Do the clinical commonalities suggest that there are shared pathogenic mechanisms? Or does the heterogeneity imply individual, personalized signatures? To begin answering this important question, the Millonig lab has been utilizing human stem cells (induced pluripotent stem cells or iPSCs). Using this innovative technology that led to a Nobel Prize, research communities across the globe can now turn adult cells back into stem cells. These stem cells can then be directed into various developing cell types including maturing neurons. This technique has revolutionized biomedical research. For autism, this iPSC technology allows scientists, for the first time, to discover how autism neurons develop differently. The research community can now use iPSCs derived from ASD individuals to understand the cellular and molecular pathways that are disrupted during neuronal development. This is a significant gap in our understanding of ASD etiology, and this knowledge is essential for the development of new, targeted therapies for autism.

The Millonig lab previously generated iPSCs from individuals with autism and unaffected controls. Neural precursor cells (NPCs) were then produced from the iPSCs. We then used these cells to ask the following fundamental question about autism: do common clinical phenotypes suggest shared defects or does the heterogeneity imply personalized phenotypes? For these studies, iPSCs from two patient cohorts have been utilized so far. One cohort is idiopathic or genetically undefined (I-ASD) and the other is a genetically defined deletion on chromosome 16p11.2 (16pDel). 12 individuals (6 ASD, 6 controls) from both cohorts have been rigorously analyzed. The genome has been sequenced for all 6 ASD individuals and interestingly no overlap in genetic mutations is observed. Despite this genetic heterogeneity, all 6 ASD individuals however display shared developmental phenotypes - reduced neuronal processes called neurites and decreased neuronal migration. In addition, a key signaling cascade called the mTOR pathway is always altered in all 6 ASD cases. The mTOR pathway is essential for development and regulates numerous cellular processes such as growth and energy metabolism. Moreover, treatment with mTOR small molecules rescued the shared ASD neurite and migration phenotypes and reproduced them in controls, indicating that the mTOR pathway is mechanistically linked to the developmental phenotypes. Thus, ASD NPCs from two different autism subtypes display shared pathogenesis.

This is a surprising result and leads to an important, next question to better understand ASD etiology: do these shared phenotypes extend to multiple other genetically distinct forms of ASD? The goal of our proposed IDEA study is to answer this question by extending our analysis to additional autism subtypes. No one to our knowledge is systematically investigating this question.

Altogether these data have led to the following hypothesis: multiple, different forms of ASD are united by altered mTOR signaling during development, which results in shared neurite and migration defects. This hypothesis will be tested in the following 2 aims. In Aim 1, we will obtain ASD and control iPSCs from 6 additional ASD subtypes that are caused by various genetic mutations (40 new individuals) and test if NPCs display shared neurite and migration phenotypes. In Aim 2, we will test if mTOR signaling alterations are also shared in developing NPCs and will employ small molecules to investigate if these mTOR signaling differences are mechanistically linked to the developmental phenotypes. Our study also addresses two IDEA award interest areas: i) assessment of novel therapeutics (mTOR small molecules) using valid preclinical models (autism iPSC-derived NPCs) and ii) mechanisms of heterogenous clinical expression of ASD.

Upon the completion of these studies, we will have analyzed in total of 52 individuals from 6 types of autism. This will enable us to begin to understand how ASD etiology is structured and if mTOR signaling defects in developing neurons are shared among all of ASD or just a subset of subtypes. Regardless of results, this information will advance development of directed therapeutic approaches that are badly needed for ASD.