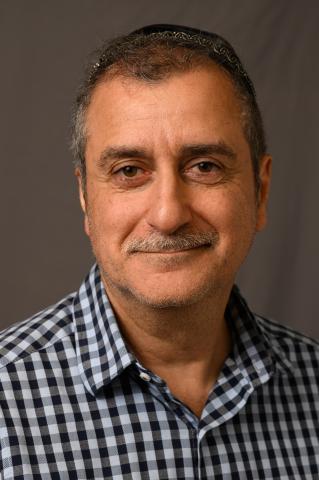 On 2:00AM on Sunday, November 2, we turned the clocks back one hour, saying goodbye to Daylight Saving Time and – until the second Sunday in March when the ritual of resetting the clocks begins again -- are forced to cope with what seems like a stretch of long, dark days.

But don’t despair. Scientists say “falling back” from Daylight Saving Time – first introduced in the United States in 1918 during World War I to save fuel – to Standard Time is easier for our biological clocks to adjust to than the reverse situation of trying to wake up early and go to sleep earlier than we expect.

“The transition we go through in the spring is much worse.” says Isaac Edery, Rutgers professor of molecular biology and biochemistry. “We’re not 100 percent certain why this is but it seems that the clocks of most people run a bit slower than 24 hours, making it more natural to wake up slightly later each day. That is why ‘late-night owls’ have a very difficult time adjusting to the spring transition.”

Edery, a researcher at the Center for Advanced Biotechnology and Medicine (CABM), a joint venture of Rutgers and the University of Medicine and Dentistry of New Jersey, who is studying the biological clocks of fruit flies, says studies indicate that when we transition to Daylight Saving Time in March, we lose 20-30 minutes of sleep each day just trying to adjust to the time change.

“This loss can go on for days, weeks or even months,” says Edery. “For some people, it can take quite a toll.”

So does that mean that starting November 3 – and for the next four months – we can expect to gain back the sleep we lost when we were forced to “spring ahead” one hour?

Don’t count on it. Although sleep studies indicate that people seem to unwind, relax and slow down when night arrives, there is no scientific data that the sleep time lost during Daylight Saving Time will ever be recouped.

Instead, our biological clocks – that control a wide variety of 24-hour circadian rhythms, such as your wakesleep cycle, cell regeneration, hormone production and when other biological activities take place – undergo their own internal readjustment, Edery says.

This central body clock, located in the suprachiasmatic nucleus of the hypothalamus in the brain, right above where the optic nerves from the eyes cross, is directly regulated by light and dark cycles. When there is less light, the brain tells the body to make more melatonin, a hormone that makes us sleepy.

So, since this lack of natural light occurs in the fall and winter, we should be able to curl up and get that much needed sleep. That is Edery says, if we don’t leave on the television, computer, cell phone, iPad and any one of the modern-day electronic devices that artificially light up our bedrooms and make it hard for our bodies to know whether it is night or day.

“Your body’s clock tries to keep synchronized with local time and will make the necessary adjustments,” says Edery, pointing to the jet lag that travelers suffer when their circadian rhythms are disrupted.

“People who fly from California to New York and lose three hours feel much worse than those who are flying from New York to California and gaining three hours,” he says. “But your body clock eventually realigns its timing to local time and most people feel better after a day or two, similar to what happens when we make these time changes twice a year.”